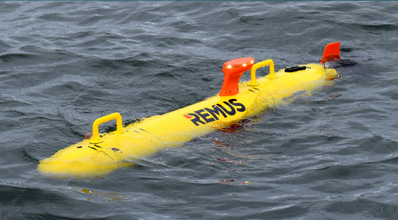 “On behalf of the frontline users, I’m delighted to accept into service this refresh of REMUS 100,” said Cmdr. Rory Armstrong, mine warfare lead at the U.K. Navy Command Headquarters. “Our use of the REMUS family of vehicles over the last two decades has paved the way for a future mine countermeasures capability with autonomy at its core. These vehicles represent an exciting evolution of our existing small autonomous underwater vehicle fleet and will make a valued contribution to the Royal Navy as a force for good both in home waters and on an expeditionary basis.”

HII has sold more than 600 UUVs to 30 countries worldwide, including 14 NATO member countries like the U.K.

Saildrone Hires Cuyler as COO and Jones as Sales VP

MIND Technology said it completed a successful demonstration of its Sea Serpent low-cost anti-submarine warfare system as a part of the U.S.