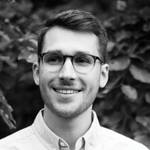 Editor
Eric Haun is editor of Marine News. He has covered the commercial maritime and offshore industries for MarineLink.com and Maritime Reporter & Engineering News since 2013, and was previously managing editor of Offshore Engineer and Marine Technology Reporter.
• New York, USA • Email: eric.haun@maritimemail.com